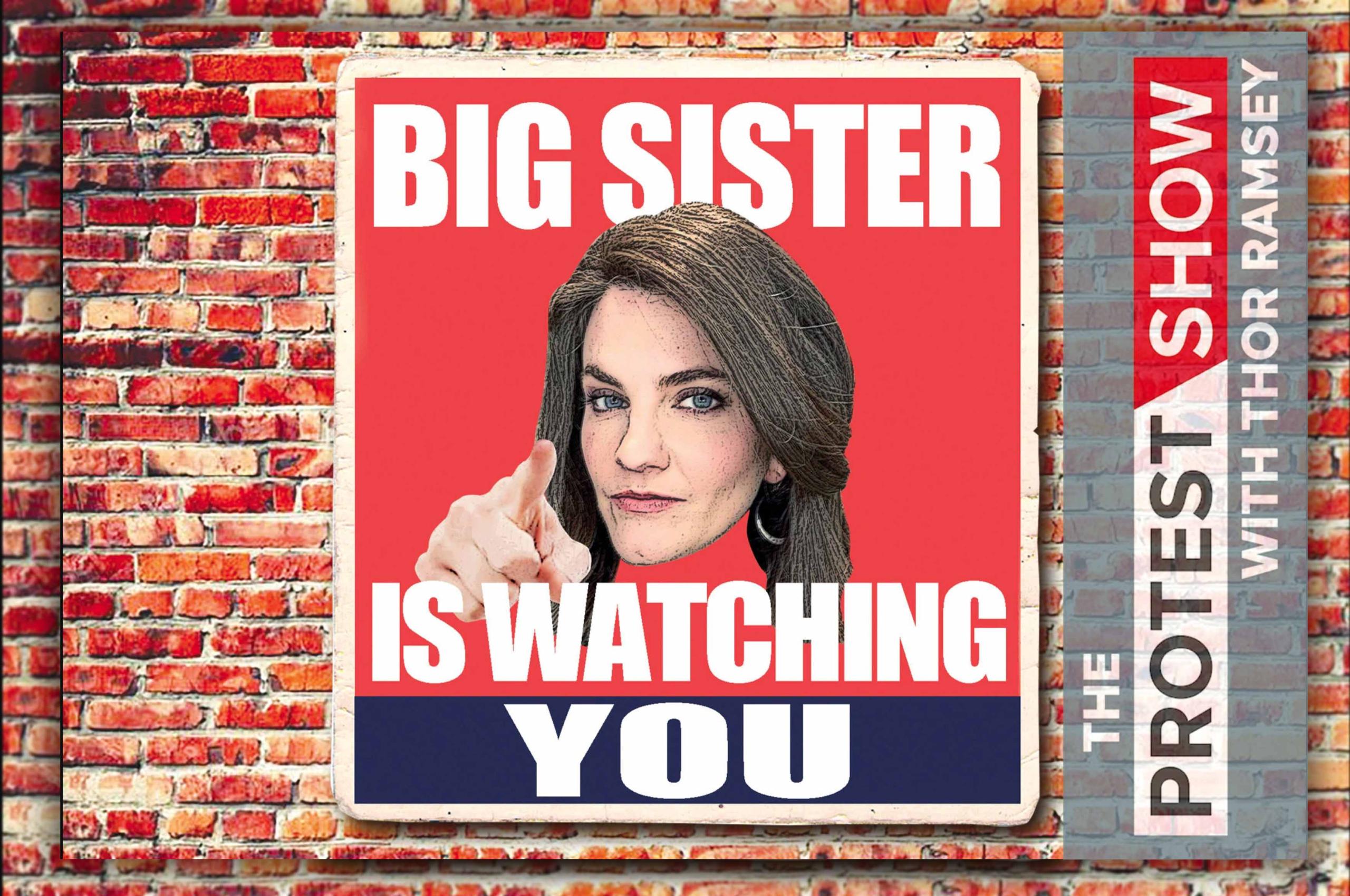 It sounds made up, but in the United States of America, the land of the free and the home of the brave, we now have a Disinformation Governance Council, otherwise known as the Ministry of Propaganda and Public Enlightenment. Or at least it was during Goebbels’ tenure in Nazi Germany. What is impressive is how sensitive progressives fail to see the direct parallel. So to answer the question, “Could this happen again?” Yeah, but they’ll all feel like they’re doing the right thing by putting you in camps. Is that why the Boy Scouts now accept everyone? “We’re all going camping, kids!” »

The first question is: how can you control misinformation when your administration is the source? And after? Put Keith Richards in charge of the Bureau of Alcohol, Tobacco and Firearms?

If they were as concerned about the economy as they were about enforcing the narrative… they’d cancel gas prices instead of tweets. That’s like saying you want to do something about the drug problem in America, but in your own family…oh wait. Maybe it’s a little too close to my house. Sorry, Joe. I didn’t want to talk about it.

Spoke-ah-z-perzon Jen Psaki said Trump created the Disinformation Governance Council. Then she went on with her day while the rest of us waited for this little thing called proof. I was baffled until I found out it was her audition for CNN.

This is from the United States Department of Truth: North Dakota does not exist. (Follow the US Ministry of Truth on Twitter.)

Biden quoted his father as saying, “The greatest sin of all that anyone could commit was the abuse of power.” Thus, the apple falls far from the tree.

Let’s look at some of President Banana Joe’s abuses of power. First, the Ministry of Thought Control – a clear abuse of power. By someone. Maybe not Joe. Can he even control his own thoughts? “Harvey says Pooh-Puten is going to get it.” It’s like Biden living in a sequel: The Return of Donnie Darko.

Speaking of abuse of power. How about “10% for the big guy”. Unless that’s Hunter’s way of saying he’d tithe some of his church bribes.

But where does this abuse of power come from? Remember that guy named Obama who spoke to Big Tech companies expressing his happiness about their attempts to censor “really dangerous content”. And yet, Mark Hamill remains on Twitter. So there is even nepotism in the Force.

Obama even said there’s not much Big Tech can do, and “it doesn’t go far enough,” hinting that Big Brother might need to step in. You think they could have gone to Al Gore to fix this problem since he invented the internet. After all, it works on an algorithm. Bada bing. It can’t be that complicated. Have you ever seen him dance?

What will this Disinformation Governance Council do? Well, according to Tulsi Gabbard, the Democrat every conservative has a crush on, the board would “work through the mainstream media” to get out whatever narrative is chosen – and let it be. would do so at taxpayer expense, trying to “drown out anyone with alternative views. I’m a little confused. Why do we need a misinformation governance board when we have Facebook? And CNN? And MSNBC?And ABC, NBC, CBS and Disney, and all the Netflix shows and movies in Hollywood?

She also argued that the council would “silence dissenting voices through intimidation.” What will they do ? Threaten that Biden will run again?

Gabbard also said, “We won’t let you get away with this shit. We will take a stand, we will reject it and we will fire those who continue to push and propagate this anti-democratic and anti-free speech mission. Wow. If I wasn’t already married… I know it’s late at night, but I have to tell you, I’d vote for her.

And if you’d like to hear me sing another musical parody, send your request to PO Box 555, Pueblo, Colorado 55555. It’s not over until the Easter Bunny says so. Say good night, Joe.

Here’s some Hollywood news. Joe Biden and the Easter Bunny have signed a three-picture deal. The first, which is due out last week due to time travel differences, is called Tell Me About the Rabbits, where the Minister of Truth continues to assure Joe that if he does his job, he will be able to retire one day and go to a farm.

Their second feature is titled What’s Up Doc…tor Fauci? Barbara Streisand is reprising her role as the daffy girl. Fauci is the square professor. The two lock themselves in a hotel room, isolating themselves from society when the rest of us wish it were real.

And their latest adventure will be a live-action version of The Tortoise and the Hare. This is the story of how the turtle wins the race with the help of Big Tech. And the Easter Bunny’s ability to hide things, like ballots.

What’s perplexing with the left is that they want to restrict my right to say ‘abortion is murder’, but they want to allow the killing of babies. Yeah, I’m also waiting for a punch line.

Last night, after writing this program, it came to our attention that the Supreme Court’s decision to overturn Roe v. Wade may have been leaked. Next week we will do a special episode about all the people in this country who are about to lose their minds. But let me say this, I had eggs for breakfast this morning. And I noticed that the box said “cage-free” eggs, because this is a pressing moral issue for people in our culture today: the quality of life of a hen. “Did that poor chicken just get locked in a cage pooping eggs for my consumption?” And yet, to care about a chicken apartment complex and still be pro-abortion is to be guilty of colossal hypocrisy. Oh, I know, I know, the viability of the baby in the womb. Guys, I have Thanksgiving dinner with relatives who aren’t yet viable. One man’s viability is another man’s brother-in-law. So, as our world is about to get even crazier, tune in next week for our special on Roe, Roe, Roe, You’re Out!

This is our program for today. If you want our program to be more fun, send us a check. Right now, Ron and I are spending about ninety minutes writing this stuff. Most comedy programs have dozens of writers working forty hours a week. I can be funny too if you give me a bunch of funny writers.

I want to thank our director, Jefferson Drexler, our executive producer, Joel Fieri, our social media master, Danny Avila, and my co-writer Ron McGehee. I want to thank Christopher Shawn Shaw, our joke tester, who samples every joke for toxic content. (May he rest in peace.) I would also like to thank Ron Bass for our new intro graphics.

If you liked this episode, but be sure to click like because there is no “loved it” button.

If you want to fight the rising tide of awakening in this country, hit the like to join a truly peaceful protest. And please subscribe because this is the most meaningful vote of all.