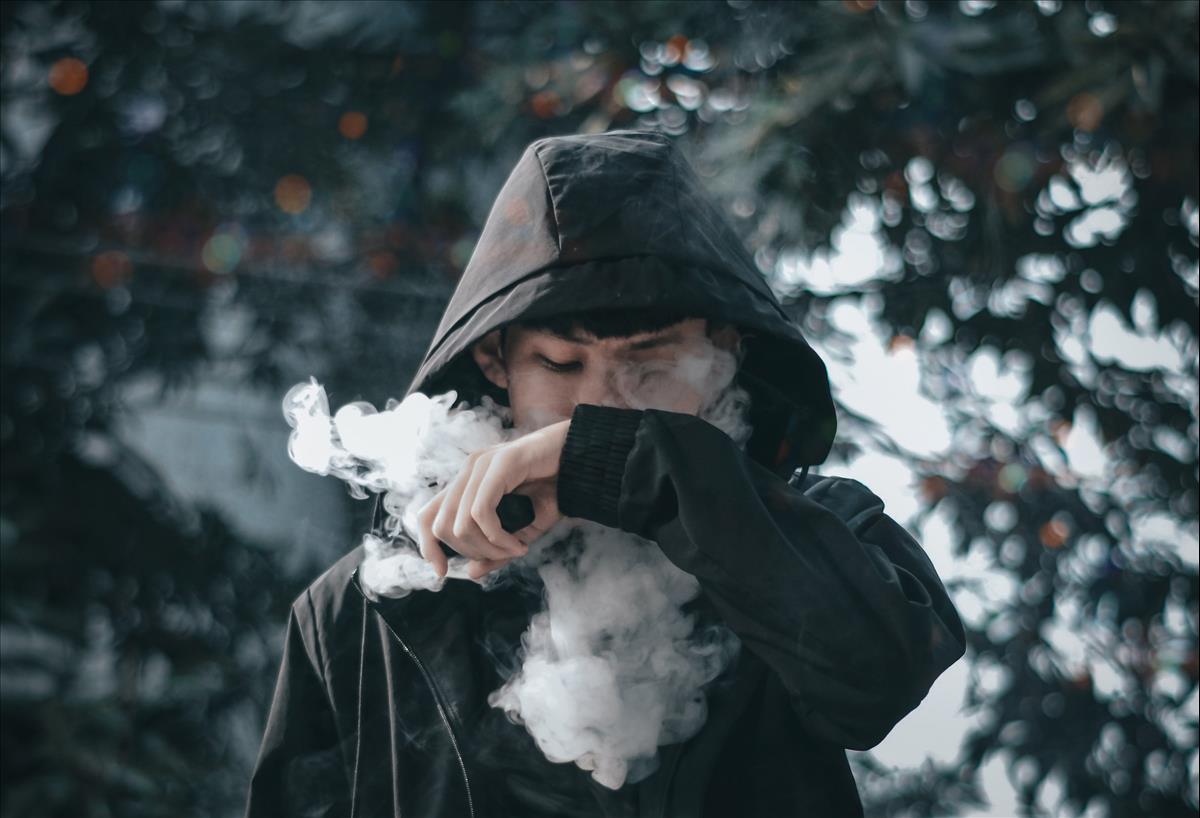 As of October 1, it is illegal to buy e-liquids containing nicotine without a doctor’s prescription anywhere in Australia except South Australia.

But vaping with nicotine-free e-liquids is not illegal in Australia (although in some jurisdictions e-cigarette devices themselves are illegal).

Vaping is gaining popularity in Australia, especially among young people.

I co-led a research team that wanted to know what is in the nicotine-free e-liquids that vapers inhale, and their potential health effects.

Our study, published this week in The Medical Journal of Australia, found that most e-liquids contained chemicals known to cause breathing problems and lung damage when inhaled. Most contained ingredients that have since been banned by Australia’s drug regulatory authority, the Therapeutic Goods Administration (TGA).

We have also found that all e-liquids contain substances for which the health effects from inhalation exposure are unknown.

It is clear that vaping is not safe and that e-cigarettes have not been approved as smoking cessation devices.

Read more: Vaping: As an imaging scientist, I fear the deadly impact on people’s lungs

What did we study?

A few years ago, we carried out a small study which consisted in chemically analyzing ten e-liquids purchased in Australia. All were labeled “nicotine free”.

Our research, published in The Medical Journal of Australia in 2019, was surprising and concerning. We found that 60% of the fluids contained nicotine. In some cases, it was at levels high enough that it wasn’t just a trace of contamination.

We also found that all ten e-liquids contained a chemical called “2-Chlorophenol”, which is often used in pesticides and disinfectants and is a known irritant to the skin and lungs.

Most e-liquids also contained “2-aminooctanoic acid, which is an amino acid found in biological products of mammals, including feces, urine, and blood.” Its presence was potentially the result of contamination by one of these substances during the manufacturing or packaging processes.

Our results prompted us to expand on our previous study.

This time around, we analyzed 65 Australian e-liquids, including using a method to better understand how heating e-liquids for vaping could change their chemical components.

This is the most in-depth review of Australian e-liquids to date and was conducted by Curtin University and the Wal-yan Respiratory Research Center, in collaboration with the Lung Foundation Australia, the Minderoo Foundation and the Cancer Council Western Australia.

All of the e-liquids we studied were purchased online or in physical stores across Australia. All of them have been advertised as ‘bestsellers’, made in Australia and nicotine free, so it’s likely that they are representative of what many Australian vapers might use.

None of the e-liquids were labeled with a full ingredient list, so it’s impossible for users to know which chemicals they are inhaling. It also means that not all e-liquids we tested would comply with European Union labeling regulations.

What else did we find?

Most of the flavoring chemicals we have detected are “generally considered safe” by the United States Food and Drug Administration (FDA) when used in food and drink. But there is a big difference between a chemical that can be safely ingested and one that can be safely inhaled over the long term.

We have also detected nicotine in some e-liquids, however, it was found much less frequently and in much lower concentrations than in our previous study. It may indicate a cleaner manufacturing process.

We only tested “free base” nicotine, which is typically used in both conventional cigarettes and nicotine replacement therapy. So the e-liquids may have contained another type of nicotine, called nicotine salts, which are much more commonly used today than they were a few years ago.

We also found 2-chlorophenol, although this was only in about half of the e-liquids tested. Either way, the contamination of e-liquids with this known toxic chemical, which has no valid reason to be present, remains a significant problem.

Most of the e-liquids studied contained chemicals known to cause respiratory problems in humans. E-Liquids UK / Unsplash, CC BY

A range of other chemicals of concern have been commonly detected, including benzaldehyde, trans-cinnamaldehyde and menthol. These chemicals are added for their almond, cinnamon, and mint flavors, respectively.

Benzaldehyde has been found in all but four e-liquids, while menthol and trans-cinnamaldehyde have been found in about three-quarters of e-liquids. The presence of these chemical flavors was of concern for a number of reasons.

First, they are all known to alter the effects of nicotine. Menthol makes nicotine more addictive.

Benzaldehyde and trans-cinnamaldehyde are known to inhibit an enzyme called “CYP2A6”. CYP2A6 is responsible for the metabolism and detoxification of many drugs to which humans are exposed, including nicotine.

When its function is impaired by these flavoring chemicals, it means that a vaper using e-liquids containing nicotine will have nicotine in their body for a longer period of time before it is processed by the body.

Benzaldehyde is also a respiratory irritant and can reduce a person’s ability to fight infections in the lungs. Trans-cinnamaldehyde has even more serious effects on immune cells in the lungs.

Both of these chemicals are now included in the TGA’s list of banned e-liquids, meaning they are banned in Australian e-liquids. Menthol is not banned by the TGA, but it is banned in tobacco cigarettes in some countries. In this study, e-liquids were analyzed before the entry into force of the ban.

This research clearly shows that Australian e-liquids contain a range of chemicals that are known to negatively impact health, or for which the potential health impacts from inhalation exposure are unknown.

Much more research is needed in this space before we can make informed decisions about the use of nicotine-free and nicotine-free electronic cigarettes, and to better understand the impact of vaping on our health.

The author would like to thank Professor Ben Mullins and Dr Sébastien Allard, from Curtin University, who were co-responsible for this research project.

Legal warning: MENAFN provides the information “as is” without warranty of any kind. We accept no responsibility for the accuracy, content, images, videos, licenses, completeness, legality or reliability of the information contained in this article. If you have any complaints or copyright issues related to this item, please contact the supplier above.