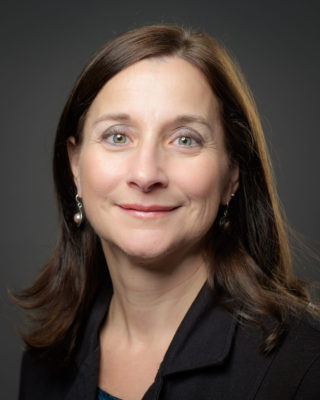 (Photo provided by BC Coroners Service)

2021 will be the worst year for drug overdose deaths in British Columbia.

The BC Coroners Service reported 201 deaths in October, which is a record number – 13 of these occurred at Northern Health.

In an interview with Vista Radio, Chief Coroner Lisa Lapointe said it is up to all levels of government to increase the safe supply, but there has been some reluctance.

“It’s a new approach. An approach that in normal times we may not consider but we are in a public health emergency. We are in the sixth year and we have seen over 85 hundred deaths in five and a half years, which is nothing short of astonishing. “

“It’s terribly, terribly sad. These are human beings we’re talking about – these are lives and people with families. As you know, communities across the province, including the North, that have lost so many of its members and that has caused so much suffering. A secure supply is one way to ensure that people addicted to a substance can access a regulated and safe supply. “

New data released by the Coroners Service shows drug toxicity to be the leading cause of death in people aged 19 to 39.

In addition, the average age of death in British Columbia for illicit drugs is 43 years.

Among the types of drugs involved in completed investigations of illicit drug-related toxicological deaths, illicit fentanyl increased from 5% in 2012 to 85% last year.

“I think we realize that we cannot see these death rates continue and we are really looking for a meaningful intervention,” added Lapointe.

The Chief Coroner believes the record number of drug-related deaths is a failure of drug policy as well as a lack of support.

“It’s been a huge gap and now we’re seeing it in all of these people dying and very little service. Efforts are currently being made to close this gap.

“I really think that as long as it is considered criminal, it will be very difficult for us to come out of this crisis. People are ashamed, they are in hiding and are still being arrested with their drugs seized by the police. Even if they have a supply they deem safe, the police will seize it and destroy it anyway. It forces people to find more drugs and commit more crime – it’s really a failure of a decades-long drug policy, ”said Lapointe.

“People who used substances and became dependent were punished. We have invested billions of dollars over decades in law enforcement, courts, prisons, and very little significant investment in publicly funded treatments, diagnoses or responses.

As of January 2020, Northern Health has recorded 245 illicit drug-related deaths, an average of 11 per month.

This age group has also recorded 450 deaths so far in 2021, a slight increase from all of last year when the final tally was 405.

So far this year, 113 people in our health authority have died from illicit drugs, including 41 in Prince George.

The coroners’ service noted that Northern Health has the third highest drug toxicity rate among British Columbia’s five health authorities at 44.8 per 100,000.

In terms of health service delivery area, the Northern Interior, which includes Prince George-Quesnel-Burns Lake and Robson Valley, has the sixth-highest drug toxicity death rate of 43.9.

Vancouver leads this category with a rate of 69.6 – a difference of almost 26 points.

PFAS: Why toxic chemicals might be lurking in your Christmas presents